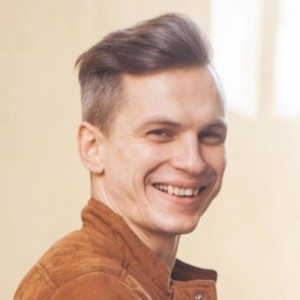 Some of the best fashion luxury brands are specifically well-known for their collaborations with popular social influencers, who can be found all over social media. These individuals, as they are most popularly known as Instagram, Twitter, Facebook, and Snapchat are referred to as social media marketing influencers.

Just as the title suggests, they possess the social leverage to affect trends, and even more so, promote them to the extent of providing adequate advertising services to fashion brands.

A distinct area of traditional marketing

Social media has a major effect on society, which also translates to the general consumer that purchases fashion clothing online.

Top fashion brands have resorted to sponsoring social media influencers, because of their high reputation in the market. Many high-end clothing and apparel companies have dwindled away from traditional marketing and advertising methods and have been forced to embrace social media in all its glory. It is merely due to a shift in attention, which was sparked by the internet.

Who is a Fashion Influencer?

A fashion influencer can be any individual who thrives on their social media platforms and are either famous or adored for their personality.

When society hears the term “fashion influencer”, they are quick to think that it refers to a fashion model with a big following on social media. In fact, some of the highest-paid models in the world, who are specifically known for being lucrative in fashion, are also considered some of the highest-in-demand influencers for marketing purposes.

Fashion bloggers, editors, creatives and most popularly celebrities, such as singers, actresses and actors get handpicked to exhibit and wear designer clothing. Apart from luxury designer wear, elite fashion brands also give these influencers some of the most expensive beauty products, shoes, accessories and anything they would like to promote on social media.

It’s safe to say that it most certainly has. Collaborating with the top influencers, especially models, who have millions of followers on social media, has become an incredible asset to high-end brands.

Influencers either get paid to showcase designer brands on their social media platforms or get sent gifts on a regular basis, to promote the given brand. Designers and fashion houses also build close relationships with social media influencers, to furthermore innovate their brands’ clothing, the distribution thereof, and invest in proper tools to scale their progress in marketing and sales.

Before the internet even existed, there have been many shifts in the manner of marketing and advertising.

Marketing and advertising a brand are two of the most important facets that drive a brand to build a positive relationship with the consumer, grow and obtain success.  Just like in the last century, marketing has shifted once again.

While fashion brands and designers had a system of communicating with the influencer and the influencer with the audience, both parties have recognized the need to collaborate with each other and build a solid relationship even more. When an influencer accepts his/her role as a social media marketer for a brand, they are accepting an invitation to become a part of a brand. This doesn’t only benefit the brand itself, but also the individual who is marketing it on their platforms. The entire process provides more exposure and opportunity to both parties.

If you’ve ever considered becoming a social media influencer, there are a few aspects of this role that you must keep in mind.

It is no doubt that influencers have become a very mainstay in the industry of marketing. If you can imagine sitting in front of a television, watching a movie, you’ve probably realized how easy it is to either skip advertisements with the touch of a button or watch your favorite TV shows on Netflix, which promises everything but the interruption of a promotion, such as an advertisement.

Social media influencers, promoting fashion brands, must have an incredibly big social platform. The mere idea fashion brands have, is to hire individuals that can keep the consumers’ attention and perhaps even eloquently persuade them to purchase their brand.

Considering how expensive high-end fashion brands, such as Louis Vuitton, Dior, Chanel, Giorgio Armani, Burberry, and Balenciaga are, to name just a few, these fashion companies must know who to choose.

Today, the fashion industry has a great advantage. Specifically, because it has access to building relationships with influencers, as well as the budget to hire them tor marketing purposes.

With the introduction of Snapchat, which went viral in when it was first launched in 2011, following Instagram, which was launched in 2010, both platforms have performed exceedingly well. Even though society, and brands, have successfully marketed and advertised their way to the top, it is without a doubt that these incredible social platforms have amplified the entire market.

A fashion brand now will only remain successful if it is promoted properly on social media. It is way influencers have such power. They have more access to the consumers than the brands themselves, and with unlimited new developments, such as IG stories and IG TV, there’s no telling where social media platforms will take brands next.

One thing’s for sure though, there is a reason why social media influencers have millions of followers, they are the relevant newness of driving traffic to fashion brands globally.